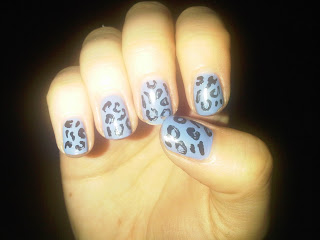 It's no secret that as a beauty writer, heck, as a girl, I love messing around with nail polish. After 25 years, I've pretty much perfected the standard monotone mani but as for any kind of new-fangled, fancy nail art, I am seriously lacking. As regular Best Tressers will know, when it comes to patterned talons I usually turn to pre-printed strips, such as Nail Rock and Nailease. But last week, I was sent the Models Own Nail Art Pen, £6 (modelsownit.com) and decided it was time to get over my fear of dross-looking nails and put pen to finger. First I painted nails with a base colour of Rimmel's new season Lycra Pro Nail Polish in Aqua Cool (launches April)...FYI this pretty cornflower shade could be my nail colour of the season. The pen itself comes with two different nibs, a very small one for intricate patterns and a larger one for stripes and polka dots. I'm everso slightly OBSESSED with leopard print so I used the small nib to create this pattern. The more haphazard and random the pattern the better. I found the pen surprisingly easy to use. The black polish did blob out a few times but it was easy to correct. This is a relatively  cheap way to totally update your nails to manicure-standard. I haven't been this excited about nails since I first laid eyes on Chanel Le Vernis in Black Satin. Next on my nail art hitlist...stripes! Sx 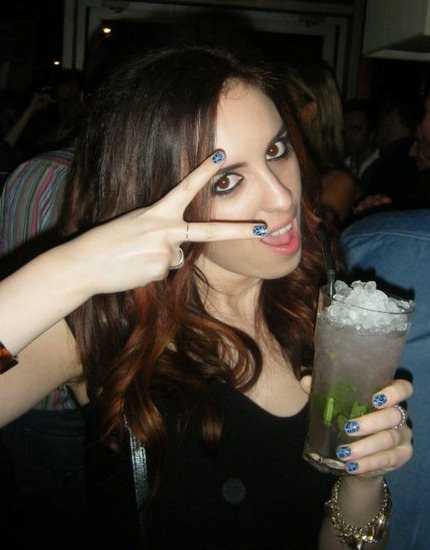