Beauty Corner with Flight Sergeant Stephen Maylor...one for the boys

I already thought my pa was the best dad in the world and then he dropped this beauty nugget on me... 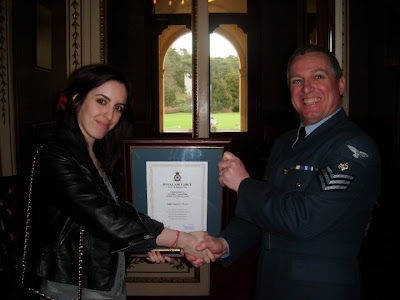 "I was a Chief Technician in the RAF based somewhere in the UK. It was the mid 90s and while working as the Avionics Trade Manager on a squadron of Tornado aircraft, I was was sent on a Technology Update course at RAF Cosford. There was a myriad of technological leaps we were introduced to including micro controls, memory metal, unmanned air vehicles and laser developments. One leap in particular may interest Best Tressed readers; it was not brand new technology, rather the adaption of an extant one.

Fast jet canopies are usually made from perspex and on the Tornado the canopy is particularly large and very expensive. The canopy has to be kept very clean and clear of imperfections. Scratches are polished out using an extremely fine polishing sheet called 'Micromesh'. This stuff is so fine it feels completely smooth to the touch but has different coarse standards indicated by colour. A scratch would take days to polish out leaving the canopy perfect again.

But here comes the beauty portion of this tale...After it had long been used as a military tool, 'Micromesh' was later adapted into nail buffers. Yes those little sticks that women carry around in their handbags to maintain smooth and shiny nails were developed from military technology, good eh?'