I never expected to focus on, let alone admire K-Mid's Sloane-style beauty. As a girl who favours the slept-in kohl look and rocky, bedhead hair, Kate's glossy polish just shouldn't appeal. But, as I've learnt, I am powerless to resist her impossibly shiny hair and pristine nails, so I have leapt head-first on to the royal bandwagon. 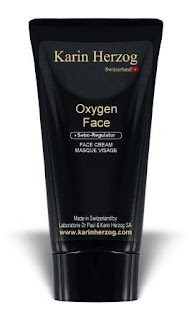 So here's what we know. Richard Ward stylist, James Pryce will be styling her hair on the big day. Kate's been going to the salon for years and according to reports both her mother and sister, Pippa, will also be having their hair styled by the same stlist. Apparently, Kate has issued one rule to the stylist, that her groom must see it's her by the time she gets to the altar, so I don't think we'll be seeing a big leap from her usual style.

Her glowing skin is down to oxygen therapy, and it's been widely reported that K-Mid is a fan of Karin Herzog Oxygen Face Cream, £35 (shop.karinherzog.co.uk), which contains 2% oxygen to flush out spot-causing toxins to detox and illuminate. Sticking with the oxygen theme, Kate has apparently recently undergone a complexion-boosting Crystal Clear facial, beloved by Kate Moss and Victoria Beckham. The treatment involves a puncture jet system of oxygen to stimulate microcirculation within the skin for a firmer, more luminous complexion. 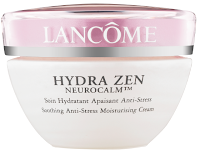 Last week, Kate was spotted making a few last minute purchases at a Lancome counter. According to the press team, she walked away with Hydra Zen Neurocalm Soothing Anti-Stress Moisturising Cream, £37 - this makeup artists' favourite helps the skin retain water for day-long moisture.

K-Mid obviously loves her dark eye makeup (a girl after my own heart) as she also purchased the Lancôme Hypnose Mascara in Black £20.50, and Artliner, £20, a super-precise waterproof liner.

Apparently Kate has long been a fan of this liner, and as for the mascara, I can vouch for Kate's choice - I've used this mascara before and it really does make lashes pop!

As to my own prophecies about Kate's wedding style, I believe she will go for her usual hair down look - think bouncy, soft waves and mirror shine. I actually had a manicure with the nail maestro who will be doing both Kate and Camilla's nails for the wedding a few weeks ago (not sure if I'm allowed to divulge her name, I don't fancy spending my Bank Holiday in the Tower) but I imagine Kate will go for the 'new' French - softer and paler than previous WAGish incarnations. As for makeup, I see barely-there flushed cheeks, a neutral lip and softly smoky eyes. I can't wait! Sx
Posted by S at 09:58