Kim Kardashian - The Fragrance, The Launch, The Meeting 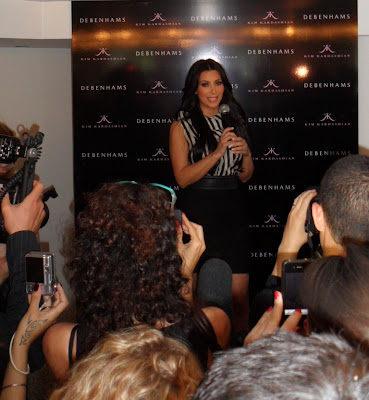 Kim Kardashian (in fact, let's make that the whole of the Kardashian clan) has the rare gift of appealing to a whole host of people...women, men (I wonder why?), girls, mums, even grandmas. I tried explaining who Leighton Meester was to a few of my relatives with little success. The mere mention of Kim Kardashian, however, caused a round of, 'Oooo wow's and 'I love that show's that even shocked me. So I shouldn't have been surprised then, when at the launch of her perfume last week the room was overflowing with mums (oh hi Emma Forbes!), men, teenage fans and of course beauty journalists.

We gathered at The Dorchester for some lovely pre-Kim canapes (the mini Shepherd's Pies were a particular high point for me) and waited. Kim had been to a signing at Debenhams just before and her team had obviously underestimated the fan-pulling power of the Dash doll. After 45 minutes (and too many olives), she arrived amid a storm of flashbulbs and a surge of people. Her speech on stage was brief and she focused mainly on the collaboration with UK distributor SAS&Company. After that, she swiftly disappeared. 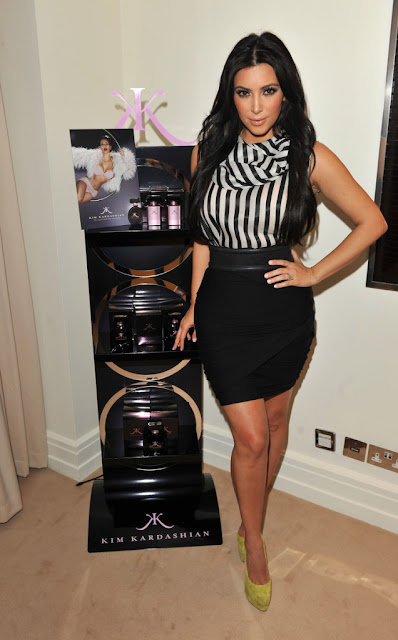 We waited again for another 5 minutes for her to reappear then gathered for photos. Kim is very softly spoken but also struggled to hear me - I guess I must be more of a mumbler than I realised. She was polite and professional, despite the overwhelming crowds. She is also as curvy in real life as she appears in magazines and on television. I've met some stars who appear 'normal' on screen but meet them in real life and you'll walk away with a serious size complex. Her skin is flawless, her hair is impossibly glossy and her new ring is the size of my face...almost. 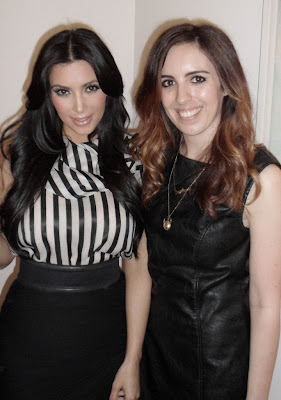 So what about the fragrance? Well it launched last year in the US and has sold phenomenally well. The packaging and fragrance itself is as slick and on-the-money as you would expect from the Kardashian brand - they sure are some savvy businesswomen! The deep purple bottle, accented with pink aluminium, is classic, understated and chic. It also feels and looks a lot more expensive than the reasonable pricetag would suggest. The fragrance itself was apparently inspired by Kim’s fondest memories, like her mum's favourite flower tuberose, her father’s gardenia, and Kim's love of Jasmine. The perfume opens with mandarin, honeysuckle and orange blossom. Pink Jasmine, tuberose and  gardenia make up the floral heart before the base of jacaranda wood, vanilla orchid, musk and sandalwood kicks in. As for my take, well I actually really like it. Like really. Surprising I know, but this isn't a celebrity fragrance that smacks of a rush job. It's modern, very pretty and classy. I can see (of should that be smell) many of my friends wearing this scent and not feeling embrassed to answer truthfully when the inevitable 'what are you wearing?' question crops up. It really reminds me of another perfume - I think it's Michael Kors - but that's certainly not a bad thing when a perfume smells as good as this.

Kim Kardashian EDP starts from £22.95 30ml and is available exclusively at Debenhams now and nationwide from July. Sx 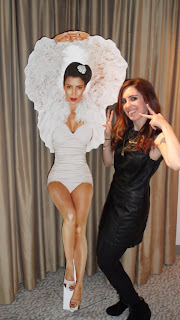