Reader Tried and Tested...Garnier Pure Active 2 in 1 Roll On 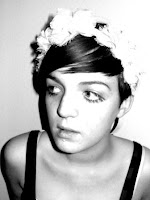 When it comes to testing and reviewing products, why should I get all the fun? I got my sister to test the new Garnier Pure Active 2-in-1 Tinted Roll On, £7.49 (nationwide) over the last month. As a teenager, Natalie is constantly on the lookout for new skin-clearing products, so if anybody knows their stuff, it's this little one.

But before all that, let's get to the nitty gritty. The roll-on works in two ways - first the metal rollerball provides an instant soothing and drying effect on the spot, while the spot-busting formula of salicylic acid (a super skin-slougher) and blueberry extract, Herbasoothe, works to clear spots over time. Secondly, the full coverage mineral pigment works instantly to conceal pimples.

"At first I wasn't keen on the idea of a roll-on concealer. I've been so used to the concealer and brush technique that I didn't know how well this would cover but I have to say it grew on me. The metal rollerball provided welcome relief to sore spots and the formula itself covered redness well. Unlike a lot of concealers, which look cakey on the skin, this concealer felt light and airy. You get the sense that this isn't going to clog your skin and make your spots worse.

I did find I had to angle it correctly before concealer would come out and when it did come out, I still had to blend it in with a brush to cover the spot seamlessly. It would be great to get a better shade selection - I used the fair roll on and it was still too warm and dark for my skintone. It definitely gave my face a 'Katie Price' look to it, which is all well and good for the fake tan users out there but for the 'Nicola Roberts'-pale girls...not so much.


As for its effect on spots, I can't say that I noticed much improvement from this product specifically during my month trial. Having suffered from acne, I'd say this product is better suited to people who occassionally break-out and need on-the-go coverage."
Posted by S at 08:55